Guess who got himself dressed today all the way down to his underwear with nothing but a little up-front verbal prompting from Mom?

He even picked out all his clothes himself. 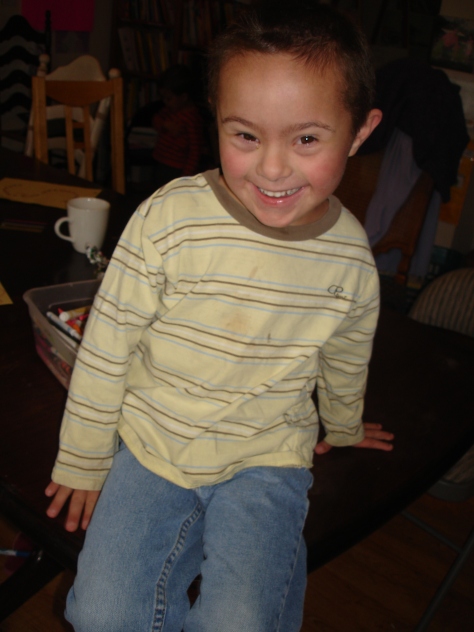 And to think, just last week I was commiserating about how he’s mastered helping himself to cereal at odd hours of the day when he can’t even put his own underwear on.

All the other kids were at the table eating breakfast, and I went to join them after I saw that he had gotten his nightshirt off and was starting to put his day clothes on.  Next thing I knew he was fully dressed with a big smile on his face, ready to eat.